Growing up in a farming community did not adequately prepare me for farming in Uganda.  Farming in Texas and farming in Uganda are worlds apart.  Also a garden in Uganda is not at all what you might picture based on the gardens you are used to.  Here in Uganda, a garden is all the land someone has under cultivation for that year.  We would call that your fields or your land.  Also, we plow our fields with tractors, while they plow their gardens with oxen.  More than likely the crops that are grown in a Ugandan  garden are a combination of cassava, maize (corn), millet, sorghum, sesame, peanuts, maybe greens of some sort, and sweet potatoes. Usually a garden is 1 to 5 acres in size and one to three crops are grown.  What is produced from that acreage is eaten by the family throughout the year and/or sold at market to pay for school fees, doctors’ visits, debts, food items like meat, clothes, etc.  A garden here is not just a little area in your backyard where you plant a few vegetables to round out your diet.  Here, a garden is an acre of sweet potatoes, and that one acre will be your diet for a good part of the year.  Can you imagine eating sweet potatoes every morning all year?  Or what about eating roasted ears of maize?  Now roasted corn at the carnival is not the same as roasted maize here.  I’m not talking about sweet corn, but more like cow corn - the kind of maize that we would include in feedstuffs for livestock.  It’s a little tough and not super tasty, but if that is what the garden is producing, then that is what your family eats for as long as it is producing.  I’ve eaten a ton of it recently and while I prefer sweet corn, I’m not turning any of this down.

Occasionally you’ll run across someone who has planted what we might think of as more traditional garden plants such a tomatoes, eggplant, bell peppers, onions, pumpkin, or beans.  These vegetables are generally planted in a much smaller quantity, but still in much greater quantity than we would plant in the U.S.   I was thinking me and Ronnie would grow a killer garden the likes of which I’ve never seen.   Well… this year has been a learning year.  Termites have hammered the maize, blight is working over my watermelon and tomatoes, the squash hasn’t done anything, onions never did come up, something ate all the green beans, cucumbers have yet to really start producing, the jalapeños were doing awesome until a tree fell on them, and even my orange trees are looking sad.  There are a few items in the garden that are doing well though.  The bell peppers are growing like gang busters, zucchini seems to thrive here, the improved varieties of mango trees are looking good, pineapples are still alive and will produce fruit in about 3 years (fingers crossed), guava trees are coming on, all of our herbs are growing like crazy, and we’re hopeful the Irish potatoes will do something if we can get adequate rainfall.

I real adjustment for me was growing crops completely by hand with no mechanization.  Farming even one acre of anything in a tropical environment during the rainy season is not easy work.  The weeds grow fast; really, really fast.  If you are not chopping weeds almost daily, the weeds will take over and bury your garden under so much undesirable growth.  There are small sections of the garden that I let get away from me early on and I’ve never been able to retake those areas.  Insects are also very prevalent.  Not only am I battling the weeds, but the insects are cunning and well-trained.  At first I tried farming without the use of any chemicals.  That worked only until the crops germinated.  Once the plants were above ground, the insects declared war and I’ve been spraying ever since.  I also got introduced to blight.  Blight is an invisible enemy which attacks only portions of my garden.  One day things are looking real good and so I relax and don’t visit the garden for a day or two.  Big mistake!  Somehow the blight knows when I’m slacking off and it destroys a good portion of the tomatoes or watermelons seemingly overnight.

Another challenge is insects.   A couple of weeks ago I noticed a couple of maize stalks were chewed off at the base.  I immediately declared war on the termites and went to town and bought some poison for their mounds.  I was instructed to dig into the top of their mounds, dump a mixture of the chemical and water down the hole, then re-cover the hole with leaves and soil.  I poisoned 6 mounds that day and other than the 87 or so insect bites I received, I left the garden feeling proud and victorious.  Little did I know that when you destroy the home of a termite, you leave him with no place to return home to.  After their homes were destroyed, the termites then decided that since they were already spending their days in my maize patch, they might as well take up residence there.  When I returned to the garden the termites has increased the number of downed maize stalks from about 1% of the plants to somewhere around 20% or 30%.  It looks like they have either moved out or are just napping after their feast.  At least for now it looks like they have stopped.  Maybe I’ve won …?

Farming here has been a humbling experience.  This year in the garden is definitely going to be my “learning year.”  I am learning what plants do well here, what plants are a bust or do not perform well in this environment, and I am learning to change my diet according to what we can get to grow.  I may be eating a whole lot of bell peppers and zucchini from now on if I can’t figure out how to grow other things.  But I am hopeful my war on diseases, blight, insects, and termite mounds will pay off.   Hopefully by this time next year I will be wiser and better prepared.   We welcome any fruit or vegetable seeds folks want to send!
Posted by Colin-n-Ronnie at 4:14 AM No comments:

The faith of a child 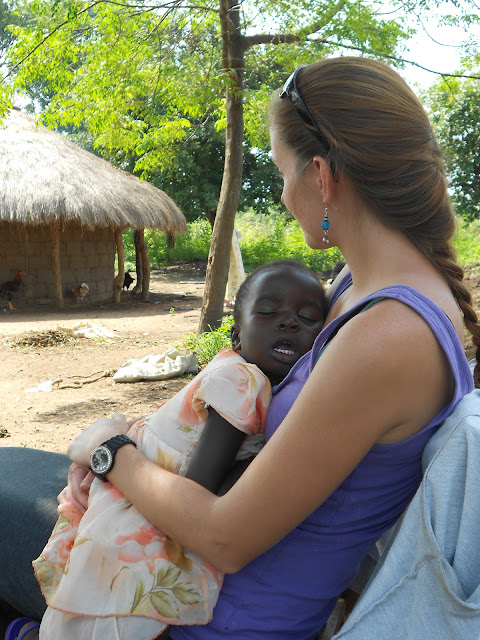 3 year old Dorcas had been sick for 5 days. Her mother, Margaret, was going to take Dorcas to the clinic because she was not getting any better. She had a very high fever, was vomiting, felt horrible, and it being malaria season you can't be too careful. But little Dorcas asked her mother to take her to the church so they could pray for her. She knew that if she could go to the church someone there would pray for her, God would hear and listen to those prayers, and she would get better. So on Thursday afternoon, Margaret brought Dorcas to the church where Colin and another man just happened to be. They had the opportunity to pray for Dorcas. That night Dorcas' condition worsened but Margaret felt confident God was in the process of healing her daughter. Her faith had been strengthened by her daughter's.  She was right, and by the next morning Dorcas was fine. Through this event my faith in God as healer has been strengthened. 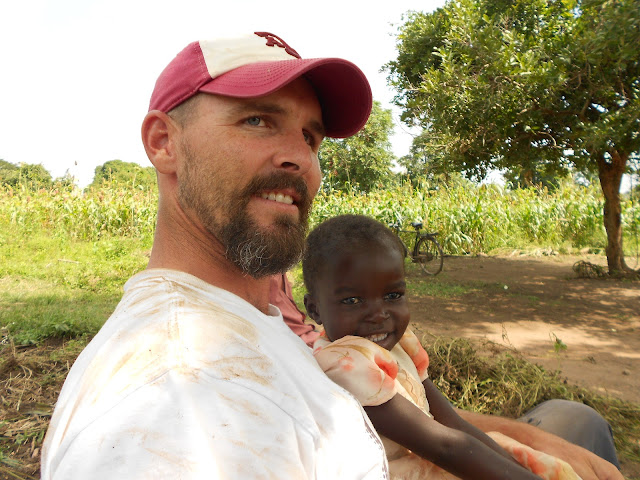 Posted by Colin-n-Ronnie at 9:44 AM No comments: 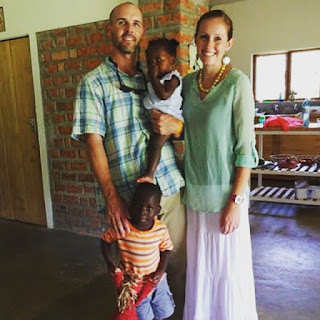